Unlike incandescent lamps, LEDs are not inherently white light sources. Instead, LEDs emit nearly monochromatic light, making them highly efficient for colored light applications such as traffic lights and exit signs. However, to be used as a general light source, white light is needed. White light can be achieved with LEDs in three ways:

The potential of LED technology to produce high-quality white light with unprecedented energy efficiency is the primary motivation for the intense level of research and development currently supported by the U.S. Department of Energy.

There are many white LED products available on the market, and the number continues to grow, with new generations of devices constantly emerging. While many of these products perform quite well, their quality and energy efficiency can vary widely. There are standards, test procedures, and resources such as LED Lighting Facts®, ENERGY STAR®, and the DesignLights Consortium’s™ Qualified Products List that can enable buyers to make informed decisions when evaluating LED lighting.

LED lighting technology has improved dramatically over the past 10 years. Improvements in technology have enabled LEDs to achieve among the highest efficiencies of available white-light sources. Improvements in manufacturing have enabled LED products to achieve a low enough cost that there has been measurable LED adoption in all general illumination applications. Despite this progress, further improvements are both possible and desirable. The technology can be improved in efficiency and in other features, such as color quality, light distribution, form factor, and building integration. The manufacturing technology for LED lighting can also be improved to reduce cost and increase market penetration, resulting in the greatest possible energy savings for the nation. 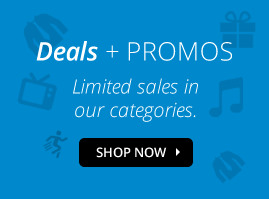